Electric Bikes And Charging When You're Out And About

Once you switch to using an electric bike, you won't want to return to using a non-electric version even if you still spend most of your time using just the pedals and not the motor. Having that extra boost of power when trying to bike up an incline — or even just being able to coast for a couple of miles when you're really tired — is so welcome.

Of course, you have to get used to dealing with a battery and charging when you get an electric bike, and this is something that can be tough to adjust to as it's very easy for the battery to run out of charge while you're out running errands. Here's what you need to know about keeping the bike battery charged when you're not at home.

Your battery likely has an indicator that shows how much power is left. However, these indicators aren't always that accurate. They're a bit like the gas gauge in many cars, rising and falling a bit as the car goes up and down hills and around corners, making the gas level in the tank change a bit from minute to minute. They also don't tell you how many miles left you have on the charge. These indicators can be a general marker of what power is left, but you should never assume you have as much power as the indicator says.

The Number of Miles You Can Go Varies Because of Load, Inclines, and More

So, how do you know how many more miles you have left on that one battery charge? You really don't know an exact number because the power usage and drainage depend on the load on the bike, whether you're going up a lot of inclines, how much you're using the motor only versus power-assisted pedaling, and more. It's best to try to charge the battery whenever you can.

Always Ask Before Bringing Your Bike Into a Building to Charge

Coffee shops and cafes where people are plugging in phones and laptops are often great choices for recharging. If you can't detach the battery from the bike and have to bring the entire bike inside, ask first. You want to be sure there will be enough room for both your bike and lots of other customers.

If You Can Remove the Battery, Do So, and Cover the Connections on the Bike

It's much preferable if you can remove the battery and bring just that into the charging location. The batter can fit in a backpack and uses a regular outlet for charging. However, if you remove the battery, cover the connections on the bike to protect them from the weather. Some manufacturers make plastic snap-on covers for these conditions.

Remember, you always have pedal power, so you're not stuck if the battery runs out. You can still bike home as if you were using a non-electric bike. However, it's preferable if you can continue to use the battery, which means making sure it continues to have power. 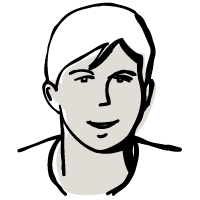 I have always loved being happy and positive, but unfortunately, that hasn't always been the case for some of my friends at work. I realized that happiness started from within myself, so I started working on including other people and helping them to have a better day. It was a long shot, but within a few weeks I realized that my actions were really making a difference. People were happier, more helpful, and generally kind instead of being grumpy and annoyed. This blog is all about creating a positive business culture within your own workspace so that you can enjoy a new lease on life.